Dieffenbachia is the Quintessential Houseplant

UPDATE: Hoya Kerrii is for Sweethearts

So I Bought a Venus Fly Trap Kit... 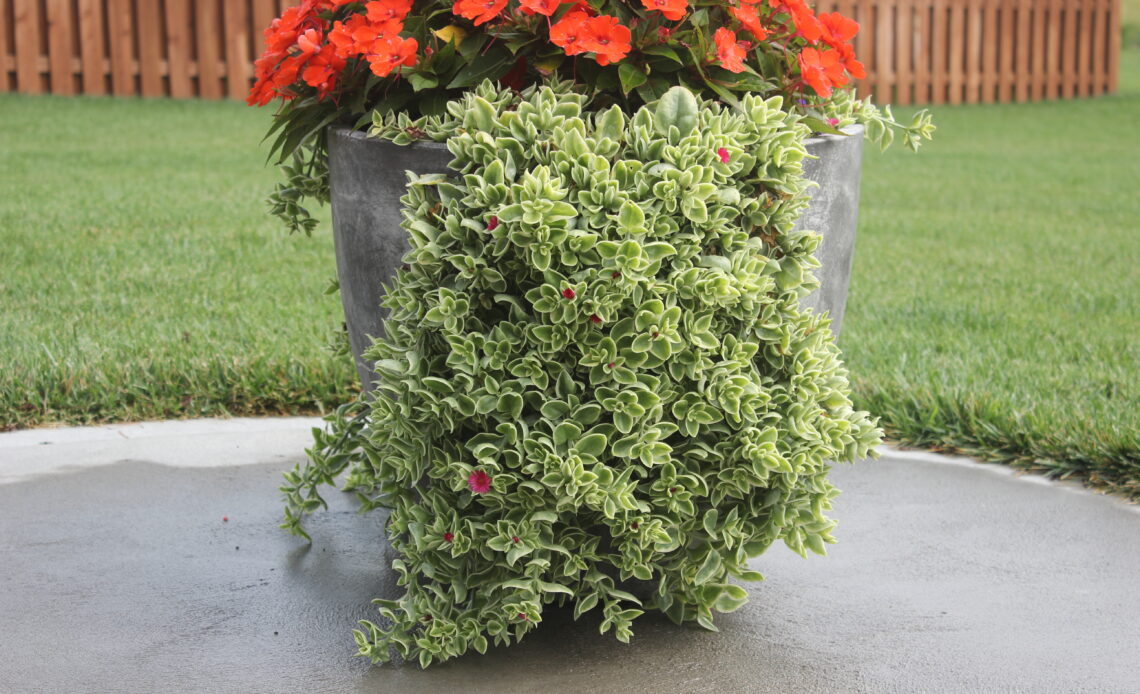 The short answer is, I don’t know. I do know that it is a succulent with lovely variegated leaves and cute pink daisy flowers. But where did it come from? The name MEZOO is trademarked which means somewhere someone filed for that copyright protection and chose to name it’s new culitvar “Trailing Red” variety “Mesbicla”. It is sold across the country and abroad as Dorotheanthus bellidiformis.

However, I am not too sure that this plant is Dorotheanthus, now Cleretum, at all. Some sites will have it listed as Mesembrythemum cordifolia or Aptenia cordifolia, but there isn’t a straight answer.

After days of digging deep into the bowls of the internet I think I am convinced that this plant is a hybrid of Aptenia. Let’s break it down.

Since most plant classification occurs based on their flowers, notice how large the daisy like flowers are and the difference in leaf shape. It is likely that this plant is a relative of the MEZOO, but probably not the cultivar parent.

Here, with Aptenia, we have a much closer looking plant. Not only in flower size and color, but in leaf shape. It would seem that Mezoo is a variegated form or Aptenia and a lot of other sites would seem to agree. You will also find that if you look for Mesembryanthemum cordifolium, you’ll find the same plant.

The Plant List notes that A. Cordifolia is a synonym for M. cordifolium and lists 3 other synonyms as well, Litocarpus cordifolia, Ludolfia cordifolias and Tetracoilanthus cordifolius. So all these names reference the same plant. Which is the recognized name? Currently the back and forth seems to be between A. cordifolia and M. cordifolium.

So we are narrowing it down. I think it is fair to assume that MEZOO is a hybrid Aptenia cordifolia variegata, but what two varieties come together to make it? Possibly A. haeckeliana and A. cordifolia, creating a pink flower instead of the red flower of A. cordifolia. I suppose yellow and red would make a sort of bright pink…maybe? What about A. lancifolia? This plant as narrow thin leaves and purple flowers. Mix that with A. haeckleliana and you might get a variety that has bright pink flowers with thinner, variegated leaves. Just a guess.

After all of this, I still want to know who made Mezoo Trailing Red Mesbicla and why have they allowed it to be sold as Dorotheanthus, when clearly it is not. Who owns the trademark and is cashing in on this misleading, yet beautiful trailing succulent? If you know or have a tip, please leave me a comment and share your insight.

Also, check out my post on how plants get their names, which is a dive down the rabbit hole of plant patents and trademarks.

Lovely little aloe flowers. Hopefully, I get some

What a funny little #euphorbia. #amazingsucculen

This week on the channel I am talking about water

New leaf on my #alocasiazebrina. Turns out we are